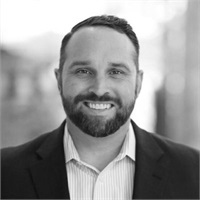 Jason Doise is a Business Unit Leader and Wealth Advisor for Level Four Advisory Services, LLC (“LFAS”). Since entering the financial advisory arena in 2002, Jason has helped his clients achieve dreams they never thought would be possible. Prior to joining LFAS, he worked for Mutual of Omaha and was acknowledged as a leader being recognized as one of the top advisors for his firm in his state. Upon request from his organization, Jason also spent much of his time serving as a mentor to newer advisors.

Jason has been focusing on helping motivated people understand and avoid financial pitfalls with the firm since 2017. Jason serves as a board member and a past President of NAIFA Louisiana. In addition, he was named the 2008 Advisor of the Year in the Baton Rouge Association and in 2015, he was recognized nationally as one of the 4 Under 40 advisors within NAIFA. Jason also has his Life Underwriter Training Council Fellow (LUTCF) designation.

He and his wife Chenelle have been married for over 20 years and are parents to three wonderful children - Jewel, Jonah and Jensi.