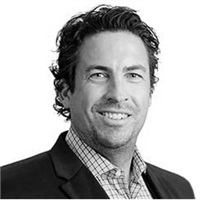 Brian Gongwer joined Level Four® Insurance Services, LLC as Chief Marketing Officer in 2006. In July 2008, he was admitted as a shareholder, and was named CMO, of the Level Four® Group of companies. Brian also assisted in creating Level Four® Tax and Advisors in November of 2010.

As CBDO, Brian is responsible for the day-to-day management and growth of sales within the Level Four® network, in addition to developing brand recognition within the vision that is set forth from the firm.

Prior to joining Level Four®, Brian served as the National Sales Director at Ash Brokerage. Previous to these roles, he spent three years at Lincoln National Life Corporation, where he served as a Broker/Dealer liaison helping to facilitate distribution for newly developed products.

Brian and his family reside in Ft. Wayne, Indiana.